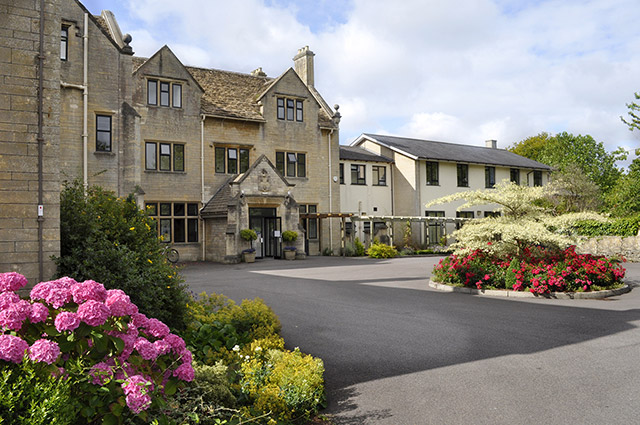 A gem of a lighting scheme

On February 11 2019, a very well-deserved Commission for Dark Skies Good Lighting Award was handed to Alison Bruce, Head of Estates and Facilities for Dorothy House Hospice Care at Winsley, near Bath. The award was presented by CfDS co-ordinator Bob Mizon and two members of the Starlit Skies Alliance for Bath and Surrounds, Charles Draper, Chairman of the William Herschel Society, Bath, and Tom Harper MBE.

The Dorothy House lighting involves very well shielded and minimalist LED units, putting emissions only where needed and not intruding into the adjacent Area of Natural Beauty or the hospice premises. They switch off at 10pm and can be activated thereafter, for ten minutes only, by local switches. The Starlit Skies alliance, including the Cotswolds Area of Outstanding Natural Beauty and the local Campaign to Protect Rural England, was formed in 2017. It has already shown itself to be a dynamic and positive force for urgent change in lighting practices, aiming to protect both celestial and terrestrial environments from the depredations of stray artificial light. The Alliance and the CfDS warmly congratulate the Dorothy House team for such exemplary leadership in achieving benefits to biodiversity, human health, protection of a starlit sky and cost efficiency.

The Award was presented to Alison Bruce the Head of Estates and Facilities for Dorothy House Hospice Care Winsley by Bob Mizon the co-ordinator for the Commission for Dark Skies.

Also present were Charles Draper the Chair of the William Herschel Society, Bath and Tom Harper, both of whom are members of the Starlit Skies Alliance for Bath and Surrounds. This alliance, including the CAONB and CPRE, has formed up as a positive force for urgent change. They all wished to warmly congratulate Dorothy House and their team for the exemplar leadership in achieving benefits to biodiversity, human health, protection of a starlit sky and cost efficiency.

The lighting scheme was undertaken by Designs for Lighting and you can find out more and how your environment could benefit by visiting their web site:

Light pollution is endemic wherever people gather and don't consider the consequences of their actions... just trying to solve a problem but doing so in the wrong way. Bad planning and design lead to: